Welcome to the KISS Wiki!

KISS is an American rock band formed in New York City in January 1973. Easily identified by its members' trademark face paint and stage outfits, the group rose to prominence in the mid and late-1970s on the basis of their elaborate live performances.

KISS has been awarded 24 gold albums to date. The band has sold over 50 million records in the United States and their worldwide sales exceed 103 million albums. With their makeup and costumes, they took on the personae of comic book-style characters: The Demon (Gene Simmons), Starchild (Paul Stanley), Spaceman (Ace Frehley), and Catman (Peter Criss). 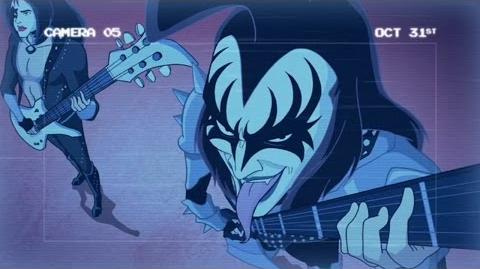 Festival Pass: Fill up your calendar with Splash House, KISS and a roller disco with plants  OCRegister...

Retrieved from "https://kiss.fandom.com/wiki/KISS_Wiki?oldid=5172"
Community content is available under CC-BY-SA unless otherwise noted.